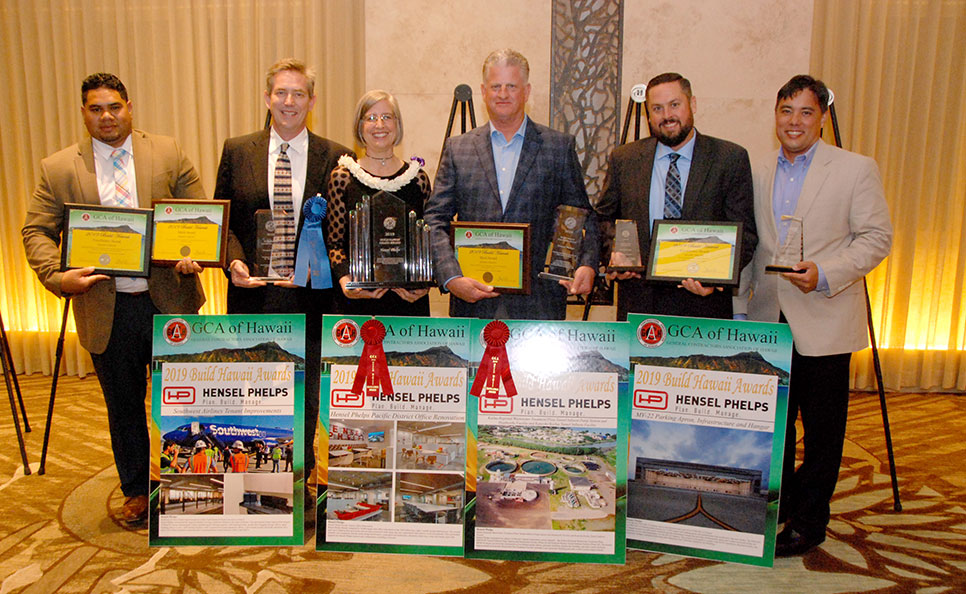 Operations Manager, Rick Crago, who oversaw the project, accepted the award along with Honolulu Mayor, Kirk Caldwell, and Lori Kahikina, the director of the City’s Department of Environmental Services.

“We want to recognize Hensel Phelps and the many engineering, construction management, and geotechnical firms that partnered with the City to improve Windward Oahu’s sewage collection and treatment system ahead of our June 2018 Consent Decree deadline and within budget,” Kahikina wrote in a letter to the GCA of Hawaii.

This is the first non-commercial project in Hawaii to win the Grand Award in over five years.

In addition to the Grand Award, Hensel Phelps also won awards in the following categories: