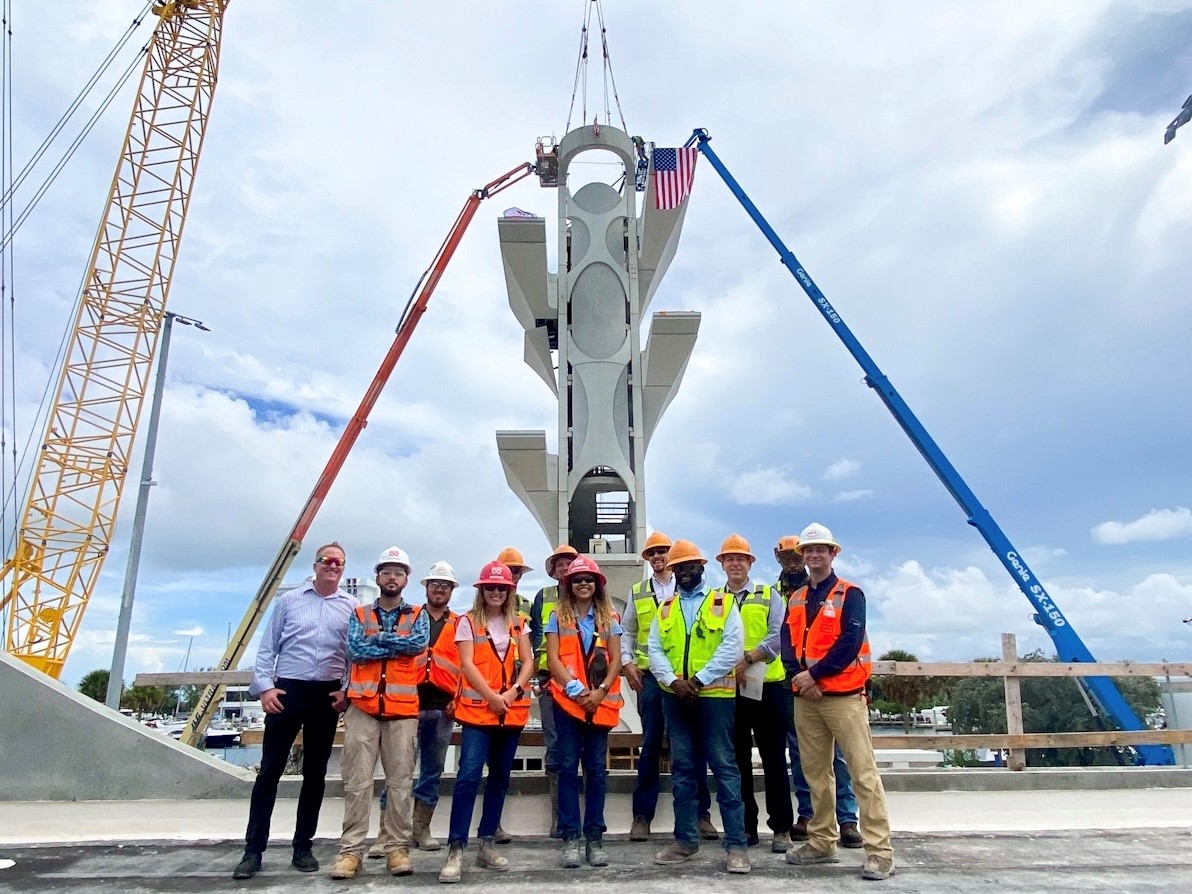 The following day, Hensel Phelps held a topping off celebration for the project staff with a catered lunch and multiple raffled prizes at the Fort Lauderdale Aquatic Center.

The 27-meter dive tower includes nine platform levels and combines three sporting events: springboard (one-meter, three-meter), platform diving (one-meter, three-meter, five-meter, seven-point-five-meter, 10-meter) and high diving (15-meter, 20-meter, 24-meter and 27-meter). The tower is constructed of 96 precast concrete panels and rests on a foundation five-feet deep and 53-feet wide, supported by 35 auger cast piles at a depth of 60-feet. There are 162 stairs to the top of the tower.

Renovations to the aquatic center include the demolition and construction of new swimming pools that will be FINA (Fédération International de Natation) compliant and meet the international swimming and diving competition standards, state-of-the-art 27-meter permanent dive tower, a spa, a new grandstand building and bleachers with spectator restrooms, concessions and a ticket office.