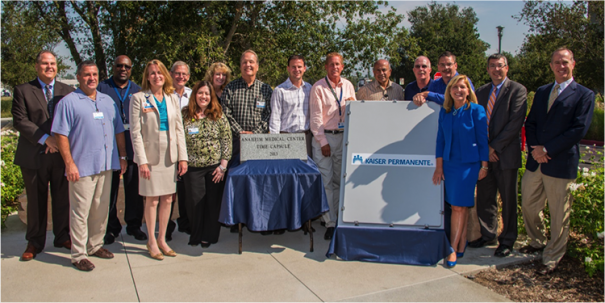 Hensel Phelps is proud to have contributed in successfully delivering this facility almost seven months ahead of schedule which helped allow these amazing results to be achieved.

At the event a time capsule was filled with objects from the construction of the project including hard hats from Hensel Phelps, team photos and even a fly-through of the model overlaid with final in-place photos.

It was announced during the ceremonies that this new facility has achieved some of the highest satisfaction ratings among the Kaiser Permanente membership nationwide.  Again, our entire team is proud to have been a part in creating such a benefit for the surrounding communities.