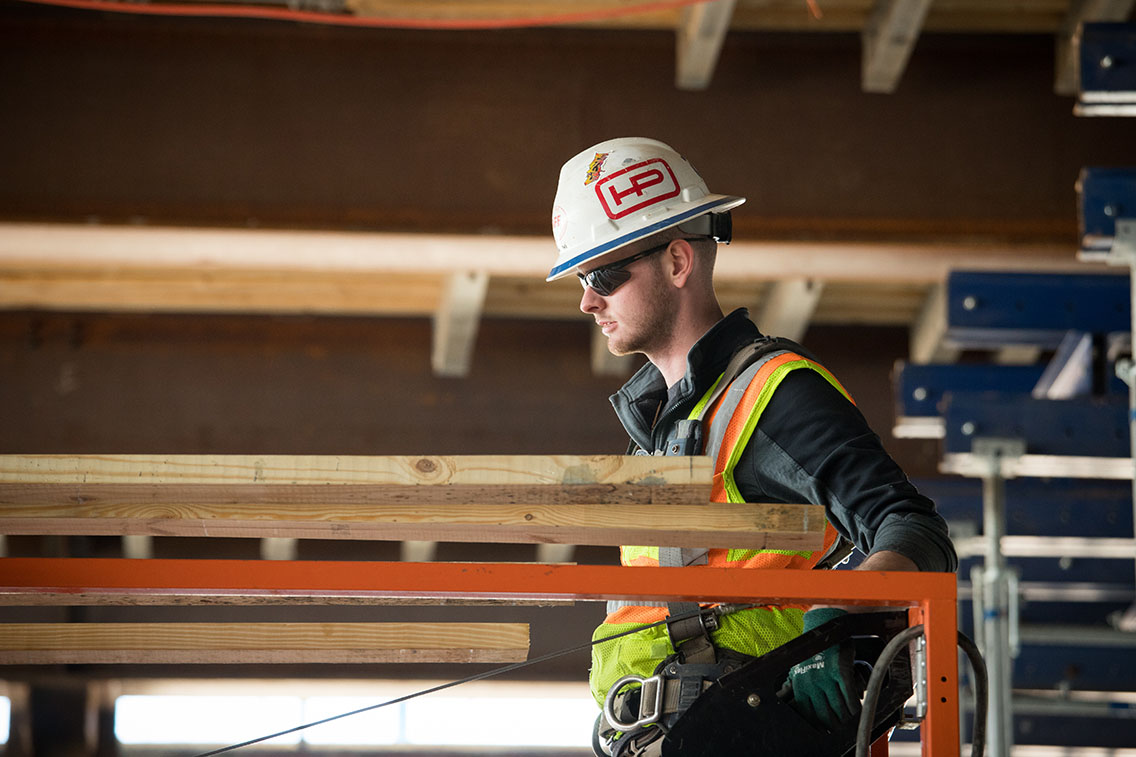 For Mid Atlantic District Carpenter, Shawn Tyk, construction runs in the family. Not only have both his parents worked for Hensel Phelps, but so have uncles, aunts, grandparents, siblings and cousins.

“Growing up, I kind of just merged into the company. My father, Scott Tyk, former craftsman and current Office Engineer, has been with Hensel Phelps for 17 years and is great at his job. That probably goes twice for my mother, Julie Frost, Project Administrator with over 13 years at Hensel Phelps. Whatever questions any of my colleagues have, from weekly pay to retirement paperwork that needs to be completed, I am always the first to help them and that’s because of my mother,” said Tyk.

Tyk started working at Hensel Phelps right out of high school. In his five years with Hensel Phelps, he has worked on several landmark projects including the Joint Operations Center, Smithsonian’s Dulles Collections Storage Module, and the Baltimore-Washington Thurgood Marshall Airport (BWI) Concourse A 5 Gate Extension. He was attracted to the carpentry field because it allowed him to work outside and he enjoyed being able to see a final product at the end of the day. He eventually decided to enroll in the Associated Builders & Contractors (ABC) Carpentry Apprenticeship program because he enjoyed learning with other people and wanted to be able to teach those that came after him. In May 2019, he graduated the four-year program.

As he was wrapping up his apprenticeship program, he entered the ABC Metro Washington Chapter Craft competition. “School was great leading up to the competition. I had a small class with some great people. Fortunately, I got to spend those years with one of the best carpenters I know — [Hensel Phelps craftsman] Cesar Castillo. We were always competing on who could be better and how we could be more efficient and faster while saving money and being safe. Having him around made school a great experience and I learned a lot, especially in the weeks leading up to the competition,” said Tyk. 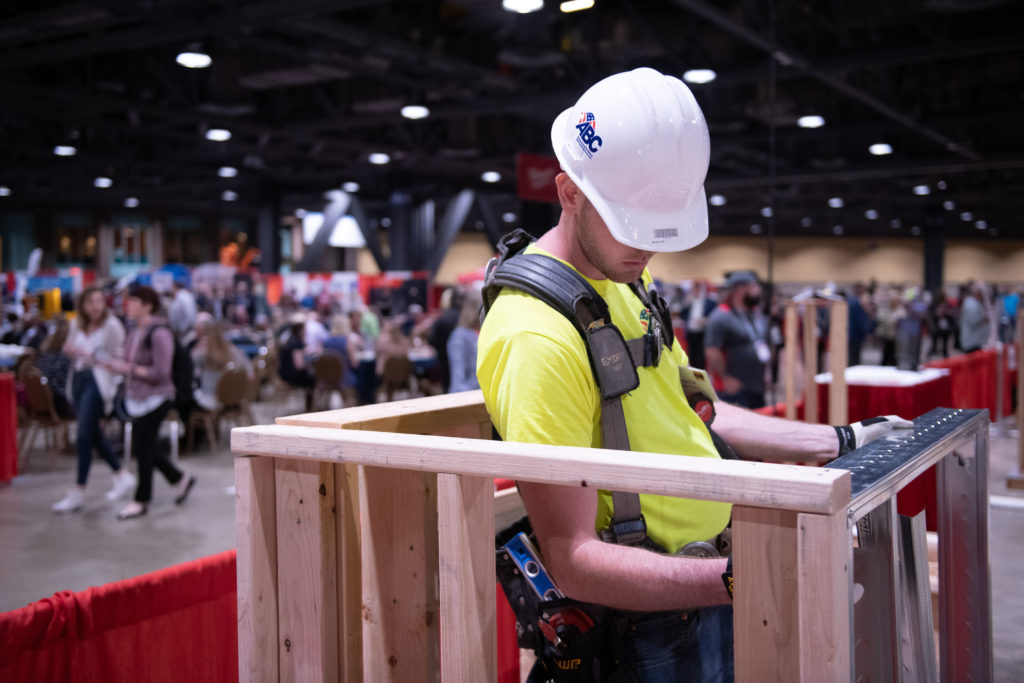 The ABC National Craft Championship consists of a written exam and a Practical Performance Test. Craft professionals work to complete their respective tasks within a six-hour period.

The objectives of the competition are to demonstrate safety and competency, simulate working conditions where planning is critical to success, and highlight individual leadership and workmanship skills throughout project assembly and completion.

“The ABC National Craft Championship was a great experience in all. The competition itself was more difficult than expected since it was a residential carpentry competition and the work Hensel Phelps does is mostly commercial. But, I did great and had a good time doing it. I would definitely do it again,” said Tyk.

When asked where he sees himself in ten years, he stated: “I’m more than certain that I’m still going to be with Hensel Phelps. I see myself as a superintendent teaching others what I know and supporting them as much as possible.”

As a self-performing general contractor, Hensel Phelps’ success is dependent on the success of our 1,200+ craftspeople. Programs like the ABC Carpentry Apprenticeship program and the National Craft Championship provide our craftspeople the tools they need to prosper, and we are proud to continue supporting these programs.