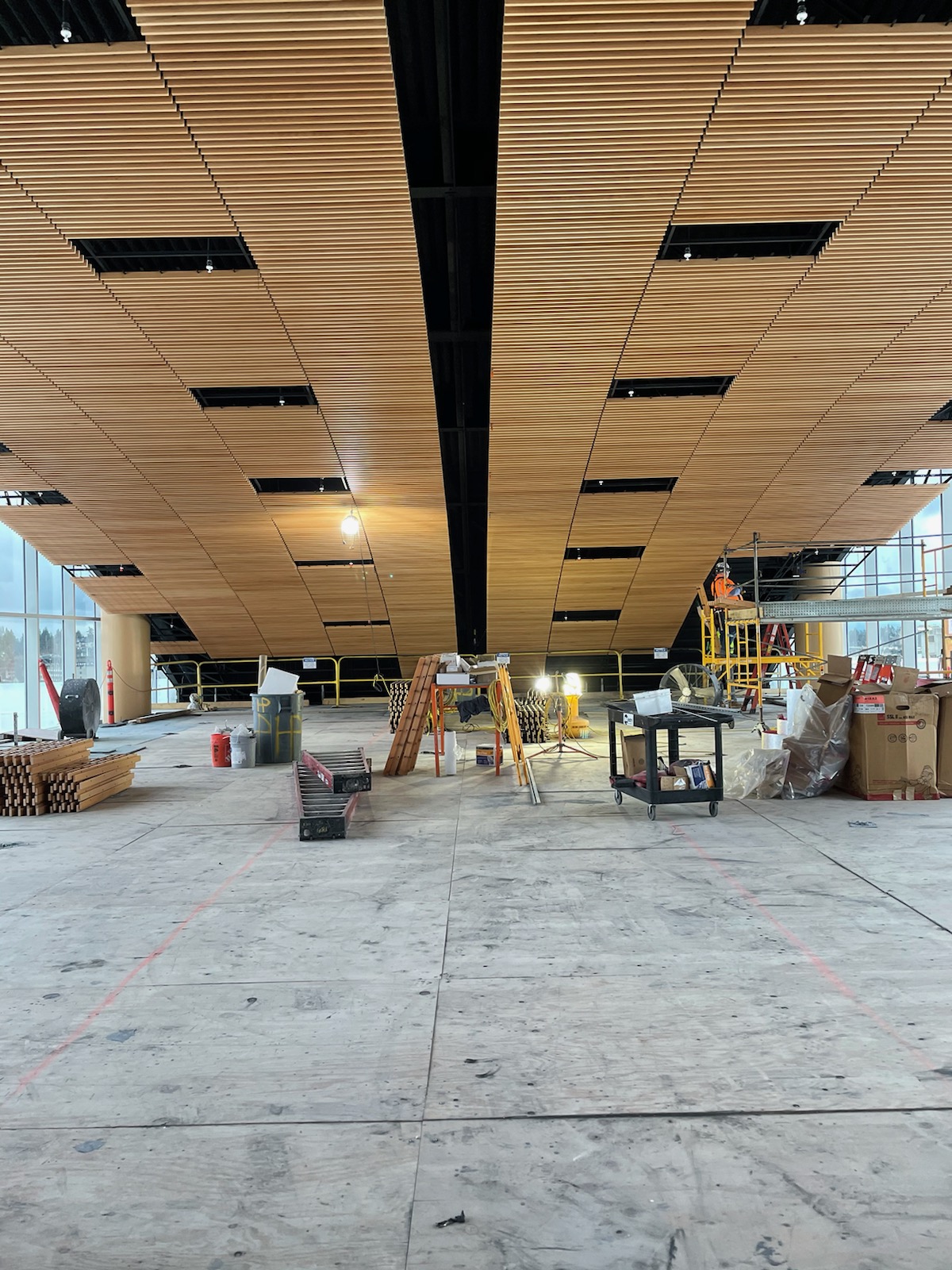 This February, the Pacific Northwest team safely removed 26 beams to reveal the 85′ tall river ceiling at the Seattle-Tacoma International Airport’s North Satellite Modernization Project. In the early planning stages, it was determined that a scaffold would be the best way to build the towering ceiling. The challenge: suspending a scaffold above the main passenger corridor currently serving 10 operational gates for Alaska Airlines while simultaneously completing work above. Through innovative thinking and careful planning, the team decided temporary steel beams spanning across a 46′ gap between roof trusses would carry a scaffold sturdy enough to complete all overhead work, including the HVAC system, Vesda, fire protection and the central “river” linear wood ceiling. Additionally, the team used this scaffold several levels below the main work deck to build the walls traveling up to the curtain wall above.

As this work was coming to an end, Hensel Phelps needed to remove the steel beams. Through planning and cooperation with trade partners and engineers, a “skid” was developed that would sit on three beams while pulling one beam out into the mechanical catwalk area adjacent to the river. This eliminated a potential risk to airport operations and traveling public and provided a significant safety improvement to the work plan. Over the course of four nights, all 26 beams were safely and efficiently removed with no injuries─revealing the soaring 85′ tall river ceiling with no impacts to the airport’s and Alaska Airlines operations.

The $473 million renovation and expansion (modernization) of the existing 95,000 SF North Satellite will increase the number of aircraft gates from 12 to 20 and extend the building 181,000 SF to better serve Alaska Airlines’ passengers.

To learn more about the project, click here. For additional details on the Central Marketplace and the iconic River Ceiling, please visit the Port of Seattle website: https://www.portseattle.org/blog/fast-facts-central-marketplace