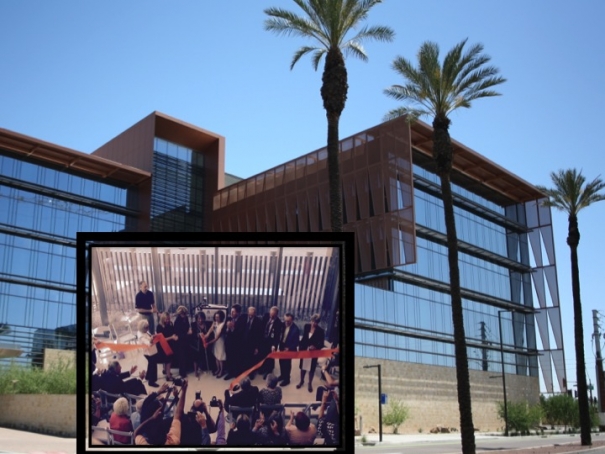 Hensel Phelps’ University of Arizona Cancer Center team received final completion! Located in downtown Phoenix on the Phoenix Biomedical Campus, in conjunction with Dignity Health, this facility will provide the Southwestern region of the U.S. with one of its most advanced cancer centers. It is the second National Cancer Institute-certified facility under the University of Arizona and one of 45 NCI designated in the U.S.

The project has since received its Arizona Department of Health Services certification with zero deficiencies. The facility opened to patients on August 24 and is projected to treat 60,000 patients per year. In addition to delivering the highest standard of cancer care and providing the most modern medical technologies, the facility has a compassionate patient-centered approach.