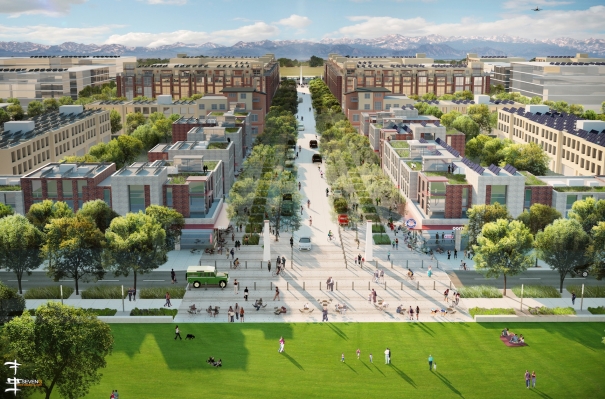 Hensel Phelps has been awarded Pena Station Phase 1 infrastructure project located in Denver, Colorado. The project’s primary focus is site development, and it consists of several large-scale civil scopes. The primary scopes consist of deep sanitary sewer installation, potable water installation, overlot fill, and asphalt placement, all working in conjunction to connect commuters to the adjacent rail line, which is scheduled to begin operation to and from the Denver International Airport in April of 2016.

The project kicked off in earnest with mass overlot grading on June 16, 2015. Following mass grading and utility installation, pavement for the roads and sidewalks will be placed. The project will also include an ornate plaza connecting to the commuter platform and a large-scale pump station, both of which are currently under design.