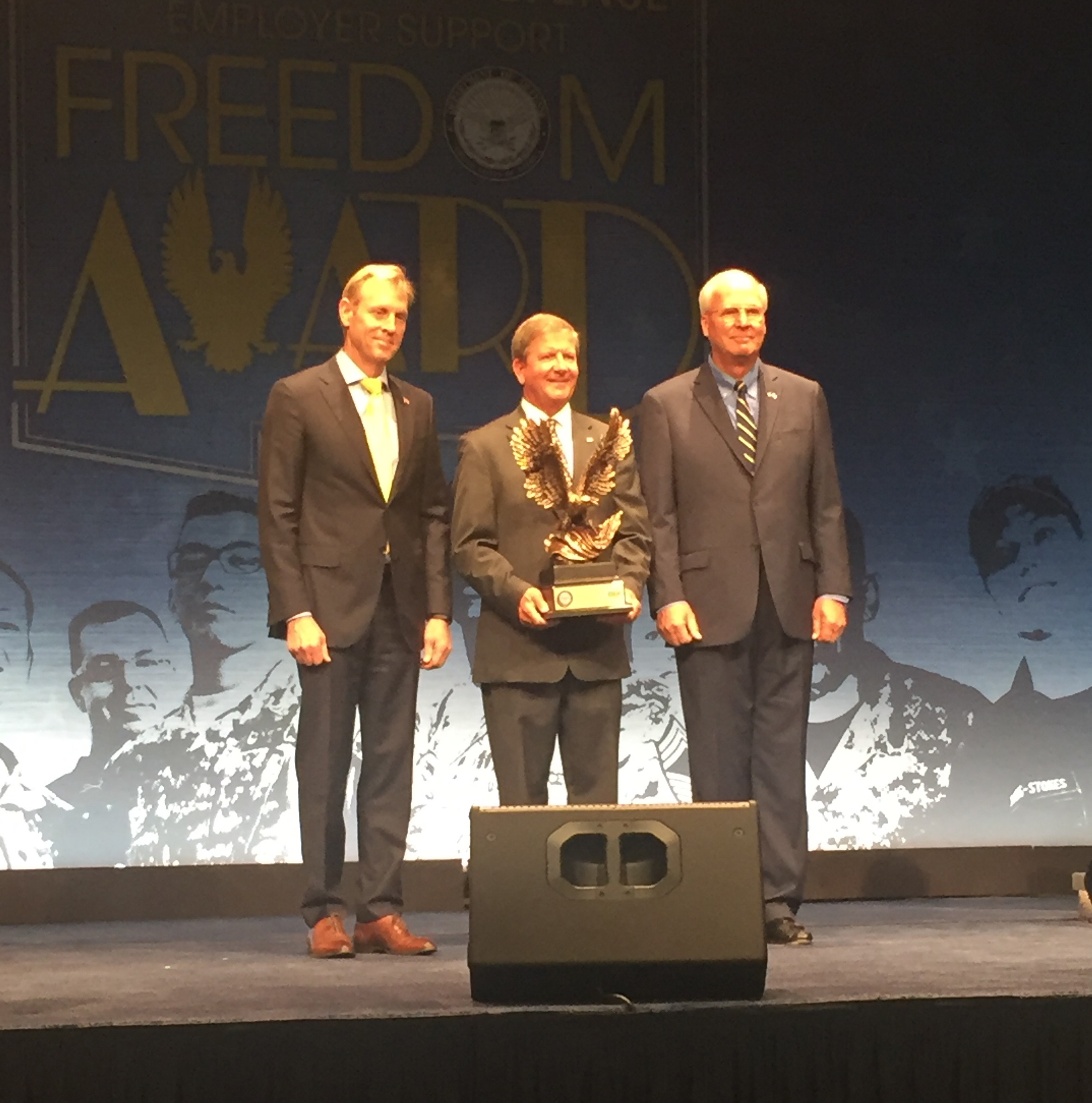 On August 25, 2017, president and CEO Jeff Wenaas accepted the 2017 Secretary of Defense Employer Support Freedom Award on behalf of Hensel Phelps. Among 15 award recipients, Hensel Phelps was the only development, construction, or facilities management company to win this year. This award is the highest form of recognition given by the U.S. government to civilian employers for their support of Guard and Reserve members and their families.

Recipients were selected from 3,064 nominations made by a Guard or Reserve member employed by the organization they nominated (or by a family member acting on their behalf). Hensel Phelps was nominated by Second Lieutenant Kyle Dougherty of the Army Reserve, a field engineer in Hensel Phelps’ Mid Atlantic District.

In his remarks on the recipients, Deputy Defense Secretary Pat Shanahan emphasized that, “Hensel Phelps Construction pays the difference between employee salaries and military pay during the entire period of deployment and training.”

It was a great honor to be nominated, to win this prestigious award, and to attend the ceremony, held annually at the Pentagon.

To learn more about the Freedom Award ceremony and the 2017 recipients, visit: https://www.defense.gov/News/Article/Article/1290560/shanahan-honors-exemplary-employer-support-of-the-guard-reserve/.