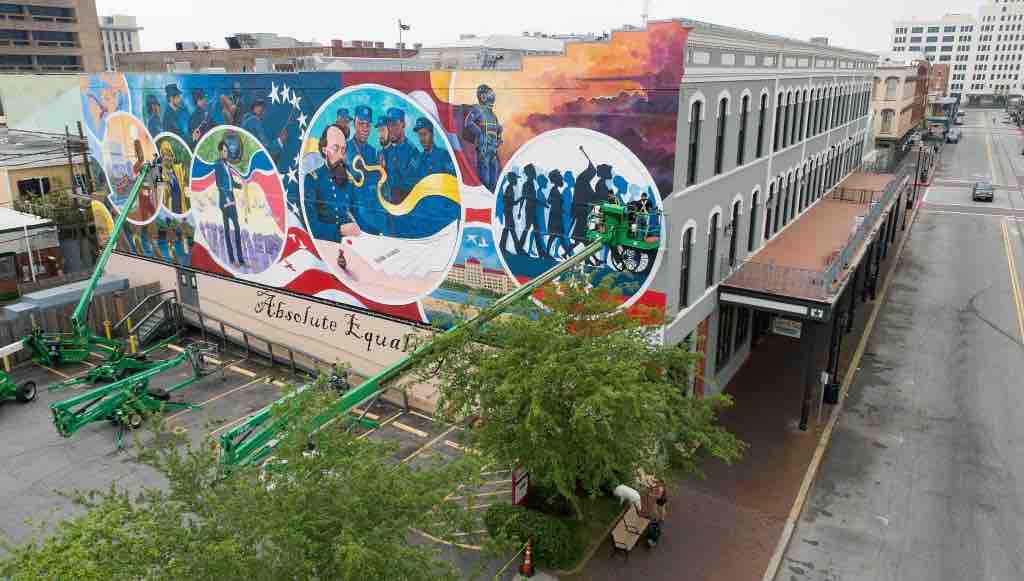 Juneteenth—a combination of the words “June” and “Nineteenth”—is a United States Federal holiday which celebrates the emancipation of enslaved African Americans after the end of the Civil War. The Emancipation Proclamation was issued by President Abraham Lincoln on January 1, 1863; however, the news of freedom did not reach Texas until two and a half years later. It came by way of Major General Gordon Granger, who announced General Order No. 3 to the people of Galveston, Texas on June 19, 1865. It read:

“The people of Texas are informed that in accordance with a Proclamation from the Executive of the United States, all slaves are free. This involves an absolute equality of rights and rights of property between former masters and slaves, and the connection heretofore existing between them becomes that between employer and free laborer.”

Today, Juneteenth commemorates African American freedom and emphasizes education and achievement. It is the longest-running African American holiday, recognized first by the State of Texas in 1979, and officially as a national holiday in 2021. Annual celebrations have evolved and elaborated over time with events of reflection and rejoicing with parades, artwork, performances and family gatherings.

Hensel Phelps honors Juneteenth by recognizing the accomplishments and contributions of the African American and Black communities. Our company’s core value of Community includes the invitation for employees to stand as allies for one another. Building Together encourages us to learn more about unfamiliar topics so we may rise in support and recognition of harmful histories that have informed the lived experiences of our people.